May 10, 2019: Soaring Voices will close out concert season The Elmer Iseler Singers will be closing out the Sarnia Concert Association’s 2018-2019 season with a performance entitled Soaring Voices, which takes place at the Imperial Theatre on May 22nd, 2019. For more information, visit our concert page.

“For the SCA’s David Nichols, having Adams and the Elmer Iseler Singers preside over this season’s grand finale is a dream come true.”

May 6, 2019: Lydia Adams set to conduct the mighty B Minor Mass, listen to the interview by Mike and Jean on Classical Mornings discussion our upcoming concert on Saturday, May 11th featuring Bach’s massive Mass in B Minor. (blog post by Liz Parker, classicalfm.ca)

May 6, 2019: Get Music! Educational Gala photos by Patti Walker.

“It turned out to be an absolutely wonderful evening,’ said organizer Jane Best

Mar. 31, 2019: Board Member – John Buchanan, ran the full 30k Around The Bay road race and EIS Singers – Michael Sawarna and Graham Robinson, ran the 5k Around The Bay race in support of the Elmer Iseler Singers. Together they collected over $2,100 supporting the 2019 EIS tours bringing great choral music to Northern Canada.

We are grateful to our runners and for the generosity of all their donors in helping us achieve the choir’s goal of making Classical Choral Music accessible in every corner of Canada.

Mar. 15, 2019: Elmer Iseler singers to hold concert on Manitoulin as part of 40th anniversary tour, interview of Jane Best, conductor of the Manitoulin Community Choir who, along with the Island Singers, are the hosting the Elmer Iseler Singers on March 24, 2019. (Tom Sasvari, The Manitoulin Expositor)

Mar. 14, 2019: Lydia Adams has the Details on the Elmer Iseler Singers’ Ontario Tour!  Classical 102.9fm interview of Lydia Adams on Bill’s  Classical Jukebox, with all the details about the upcoming Ontario concert tour. 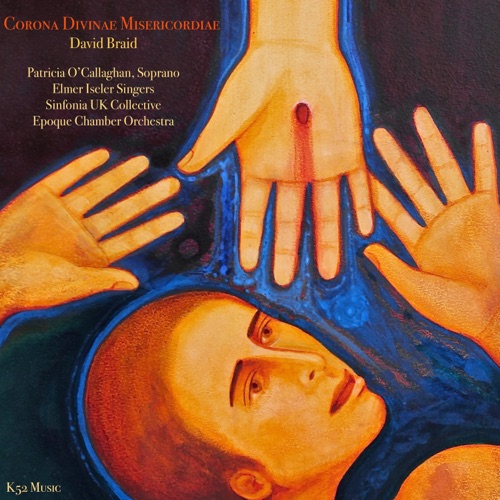 Jan. 29, 2019: Elmer Iseler Singers are nominated for a 2019 Juno Award for David Braid: Corona Divinae Misericordiae featuring Patricia O’Callaghan (CLASSICAL ALBUM OF THE YEAR: VOCAL OR CHORAL) and are please to announce the nomination of the Toronto Symphony Orchestra for Vaughan Williams: Orchestral Works, as the Elmer Iseler Singers were also artists on the album along with TSO soloists Principal Viola Teng Li and Principal Oboe Sarah Jeffrey the recording also showcases Canadian pianist Louis Lortie, and singers Carla Huhtanen, Emily D’Angelo, Lawrence Wiliford, and Tyler Duncan, all under the direction of conductor Peter Oundjian.  (CLASSICAL ALBUM OF THE YEAR: LARGE ENSEMBLE). Additional articles are available from Broadway World and Ludwig Van websites.

Nov. 30, 2018: Photo from our Handel’s Messiah concert with thanks to the Metropolitan United Church.

April 1, 2017: The Elmer Iseler Singers, Tapestry Opera and the Gryphon Trio were nominated as one of 5 contenders for “Classical Album of the Year: Vocal or Choral 2017” for their recording of “Dark Star Requiem”, by Canadian composer Andrew Staniland, conducted by Wayne Strongman, in the 2017 Juno Awards.